What Is Gender Dysphoria: My Journey 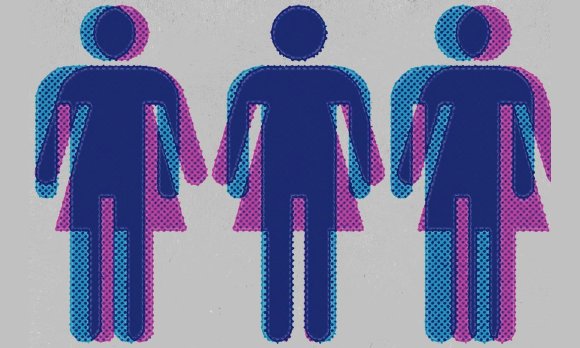 As I begun my journey, I wanted to help fill the void on what exactly is Transgender.  This subject could be an entire lifetime study, and I have a ton to learn.

The condition of feeling one’s emotional and psychological identity as male or female to be opposite to one’s biological sex.

Gender Dysphoria is not very common so information on this subject was hard to find.

In fact, most people have never even heard of it.  Individuals with this condition identify or framed their gender identity with those of the opposite sex. For me, I never knew the term existed until my adult years.  When looking back on my teenage years, I would try anything and everything to help relieve the feelings of gender dysphoria.  This feminization included nail polish, make-up, cross-dressing, and grooming.  I carried these habits into my adult years until the anxiety of the dysphoria just got too difficult for me to handle.  These shortcuts only made my desire greater to transition.  At the time, I just chalked it under a generalized anxiety disorder, not knowing that gender dysphoria was a diagnosis of its own.  The disconnect between my gender identity and gender presentation continued until I raised the white flag and called it was: Gender Identity Disorder or Gender Dysphoria.

By understanding the depths of this disorder and knowing that feminization wasn’t enough, I began to research Transgender and Transsexual to help bring language to what I was experiencing.  Starting with the idea of gender dysphoria helped me get proper perspective the on the subject and direct me to the help I needed to transition.

I struggled with feelings of:

Consistent feeling of being in the wrong body

Wanting to dress and act like those of the opposite sex

A preoccupation of wanting to get rid of primary and secondary sex characteristics.

Since my dysphoria remained untreated for so long, secondary issues were rising, such as:

I felt it was a crucial step to understand the first step of my transgender journey was to be professionally diagnosed with Gender Dysphoria and begin Counseling with a gender therapist.  Reaching out to trained counselors was a must for me. My counselor saved my life by saying that I wasn’t alone, and there was a cause for my anxiety. Getting language and a diagnosis was my first step of a very long and beautiful journey.  I believe that having language for what you’re going through helps you understand it better and able to communicate the help you need.

Here is a great resource if you want to learn more:
Gender Dysphoria: Understanding the Symptoms and Treating Gender Dysphoria Kindle Edition
by Michelle Serena (Author)

2 replies on “What Is Transgender? Part 1: Gender Dysphoria: My Journey”

Hi sis, like you I never heard of gender dysphoria tell my adult years about 5 years ago and it took me a while to really understand it as it applyed to me, I have yet to transition but my better understanding of what I am has help me deal with my dysphoria in a much better way.
Lovely post sis.